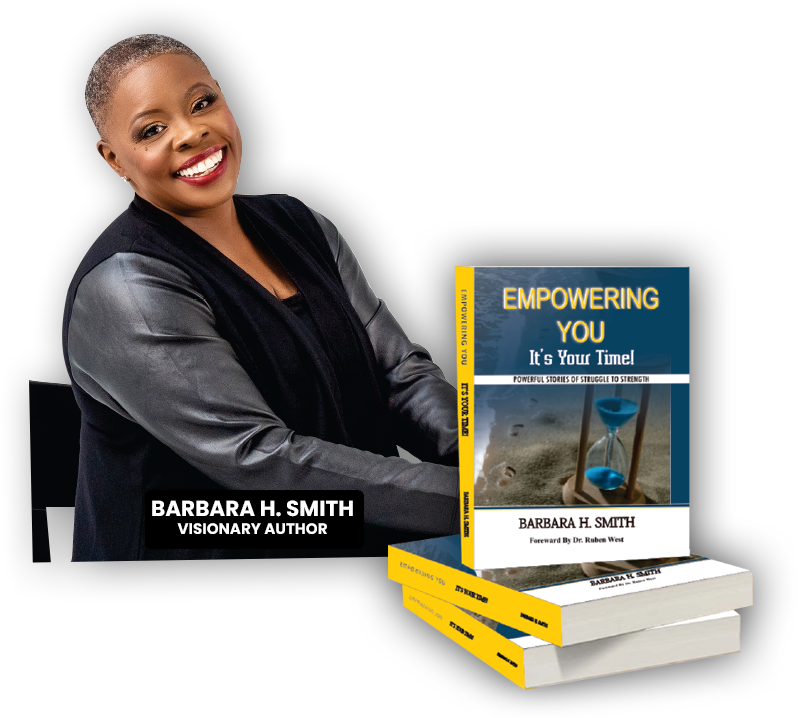 Powerful stories of struggle to strength

Powerful stories of struggle to strength

The authors in this book, discovered that their life’s purpose, or assignment, is much like being in an athletic weight room. It hurts sometimes. You break down. You must push yourself past the discomfort. However, they discovered you can come back even stronger. The assignment is designed to grow you, test your knowledge, and develop you into a better person. The assignment is not meant to destroy you. Your life’s assignment may not be easy to carry out or easy to discover.

Yet, this team of co-authors, fortunately, came together to give you some strategies to not only help you figure out your life’s purpose, but to empower you, and help you, as you reach towards it. So, if you know someone looking for steps to get back up after getting knocked down, the steps are in this book. If you’re looking for strategies to overcome personal setback, deceit, and betrayal, the answers are in this book. If you or someone you know needs inspiration, motivation, and/or empowerment, it can be found in the pages of this book. Read and enjoy. 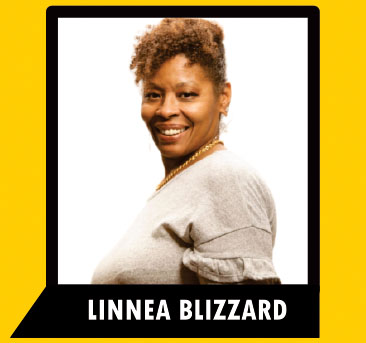 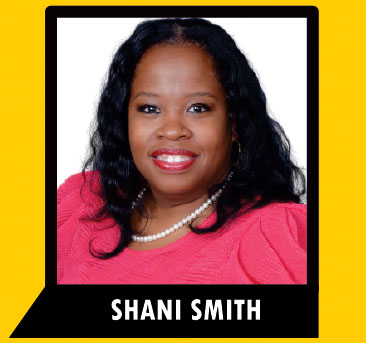 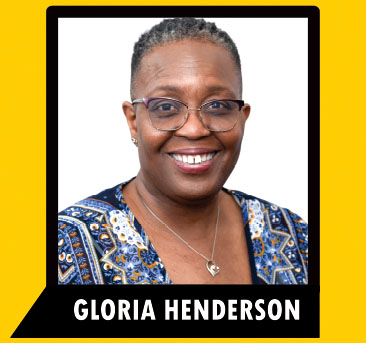 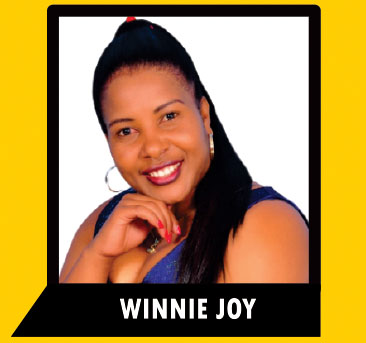 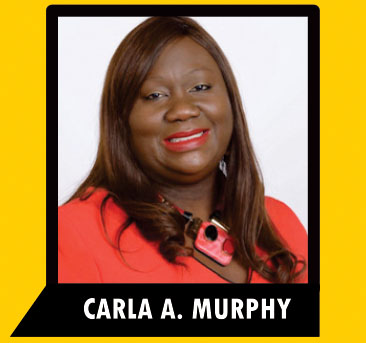 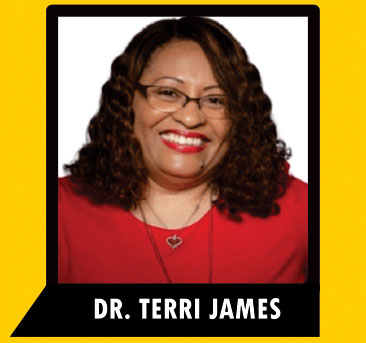 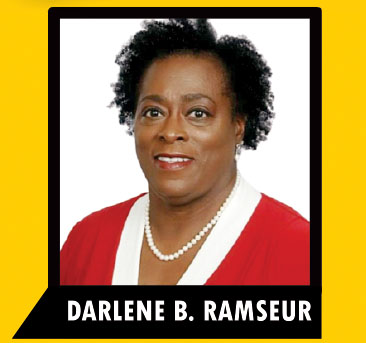 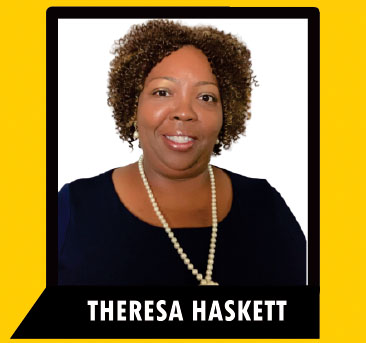 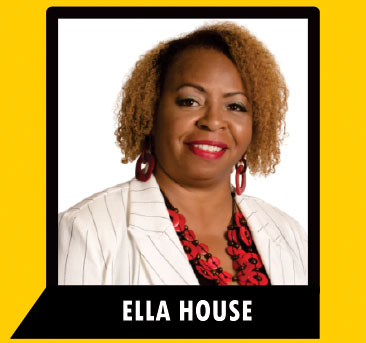 Just Over the Horizon

Where is the Money Pot?

Coming Out of the Dark

Label Is: The Invisible Girl

Take the Label Off: God Determines Our Destiny

Count It All Joy!

Broken but Not Beaten 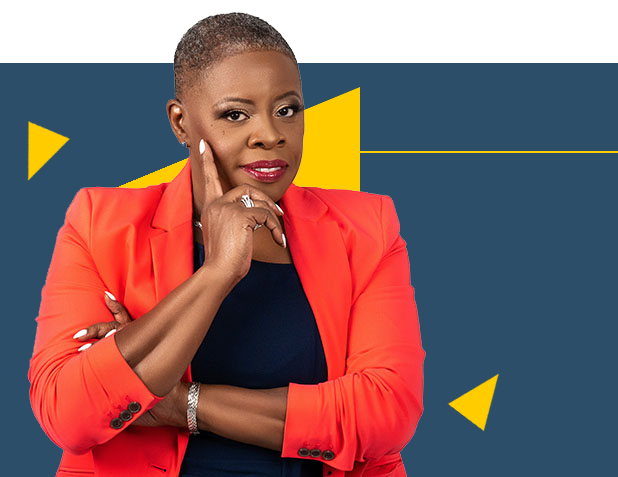 The Empowering You: It's Your Time book allowed me to share the experience of writing with other powerful women. Some of them said they wanted to write a book but didn't know how or where to start. Now that the book project is complete, we discussed how the book changed them. From our discussions, I realized these writers found that writing helped them heal from some of their trauma. They can now take their message to the world and heal other hurting people around the globe. I'm convinced that this book, "Empowering You: It's Your Time" is going to literally save someone's life.
- Barbara H. Smith

Call now to speak with a Speaker Training Expert!

Submit a form and we will reach out within 24 hours or the next business day.

“A father holds his daughter’s hand for a short while, but he holds her heart forever.” – Rae Smith

I was one of the lucky ones who made it through nine years of abuse. One of the strongest obstacles that hindered me from stepping forward and/or speaking out to help “empower others” was FEAR. Because I didn’t want anyone to know what was happening to me behind closed doors.

I was afraid of losing the respect of others whom I love and respected. I was paralyzed by FEAR because I was also afraid that my friends and family members would think less of me… and see me as being weak. The bottom line? I was embarrassed and ashamed of myself. So, I hid behind a mask for years. I got very good at showing people what I wanted them to see.

Fear was also the reason I stayed in the abusive relationship as long as I did. Fear of being alone. Fear of not having the income to start over. Fear of the unknown, meaning if I left, would I be able to take care of everything financially (rent; car note; daily expenses)?
When someone tells you they will kill you, the possibility that they might is another reason abuse victims stay. Some people stay because they have kids and feel as if they don’t have any other place to go. The abuser finds ways to control you in every aspect of your life, emotional, financial, sexual, and verbal. I felt stuck, powerless, and couldn’t move. Fear is a powerful thing!
However, it didn’t start off that way, “me being ashamed of myself or appearing weak and fearful.” No, that is not who I am. Let me tell you a little bit about me.

My mother and father had eleven kids (seven boys, four girls). I am the eighth child of the eleven, and I could say I was a “daddy’s girl.” My siblings would always say that I would get away with everything. They would say that I could do no wrong in daddy’s eyes. Whenever they wanted to do something, they would get me to ask daddy first, and depending on the answer, then they would ask or not ask. I would always call my father “Superman” because he was big and strong. He was 6’4” and 200 pounds of muscle. I remember the days when he would clean out the 50-pound gallon fish tank. He would pick it up while it was still full of water, then carry it down the stairs and out the door.

My father taught me how to play softball and basketball. He taught me how to drive, and not to fear any size vehicle. Once I got my driver’s license, he would throw me his keys to go to the store. But when my older sister asked for the car, he would only give her the car if I was driving. He said she got distracted easily, and I was more responsible. My father and I had a great relationship. I could talk to him about anything.
One day, I intervened in an argument between my mother and father. I was about 13 years old. My mother verbally lashed out at my father. Her outburst froze me in my tracks! My mother is usually cool and calm, she never raised her voice. They were loud enough for everyone in the house to hear what was going on. They were fighting over food stamps.

We were on welfare (government assistance). My mother managed to run the household and keep all of us clothed, fed, and happy, while dad worked. My father wanted to take some of the food stamps to help someone else, which was the story he gave my mother. But she wasn’t having it! She knew that he really wanted them to give to his girlfriend. That’s right, I said it… his girlfriend.

Which we all knew about. Anyway! The argument continued and got even louder. All of a sudden, we heard a loud noise, which sounded like something hitting the wall or the floor. The arguing also stopped at the same time my father walks out of the bathroom. He sat on the couch in the living room. However, my mother did not come out behind him. I knew something was wrong. I ran to the bathroom and saw my mother on the floor. I shouted “Mom, did Daddy hit you?” (no reply). She was getting up from the floor. I repeated myself, “Mom, did Daddy hit you?” She didn’t answer the questions, however, she stated that she was fine. I ran into the living room and said to my father, “Dad, did you hit Mom?” He didn’t answer.

Again, I repeated myself! “Dad, did you hit Mom?” He turned to me and said, “What if I did, what are you going to do?” You wouldn’t believe what I did next because I didn’t believe it! I balled up my fist and hit my father across his jaw. He stood up, looked at me (as I stood in my fighting stance), and he grabbed his car keys and walked out the house.

Later, after everyone took some time to cool off, my father called me into his room. He told me that he would never put his hands on our mother or any other female. He stated that she slipped when she was jumping up trying to slap him. Because of their height difference (dad 6’4” and mom 4’11”), she couldn’t reach him, and she lost her balance. Then he said to me, “That’s your one and only pass,” and for me to never raise my hands to him again. He said the fact that I was protecting my mother was the only reason I didn’t get in any trouble for my actions.
I remember another time when my younger brothers Johnnail (10) and Rodney (8) came home and told us that several older boys had jumped on them as they were walking through the blocks (neighborhood) on their way home. Since my brothers didn’t live in that block, they were told they couldn’t walk through it. 96

My sister Doris (15) and I (14) went back to that block where this fight happened. The group of boys started laughing and joking on my brothers, calling them punks because they came back with two girls. One of the boys got in my face and said, “What do you think you’re going to do?” And being the soft- spoken person of a few words, I smiled and said… “Let me show you.” We fought those boys, knocking them down one by one.
I shared these stories to let you know that just because I ended up in an abusive relationship does not mean I was weak in any way. I’ve asked myself over and over again, how did I end up in an abusive relationship? And just like most people, I don’t have an answer. It could happen to anyone, despite their nationality, sexuality, financial status, or religion.